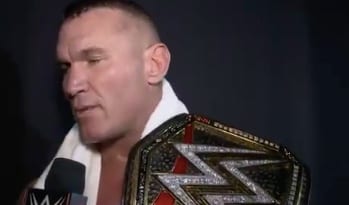 Randy Orton is once again a world champion in WWE after he was able to capture the WWE Championship from Drew McIntyre to mark his 14th reign with a world title since joining the main roster almost two decades ago.

The Legend Killer is easily one of the most successful superstars of this or any other generation, and when you take one look at his work in the last few months, it’s clear to see that he isn’t ready to walk away from the game just yet.

During a post-match interview, Orton took the time to reflect on what he accomplished at Hell in a Cell.

The next task will obviously be for him to keep hold of the gold, especially with Miz holding the Money in the Bank briefcase and Edge being tipped to come after him upon returning.