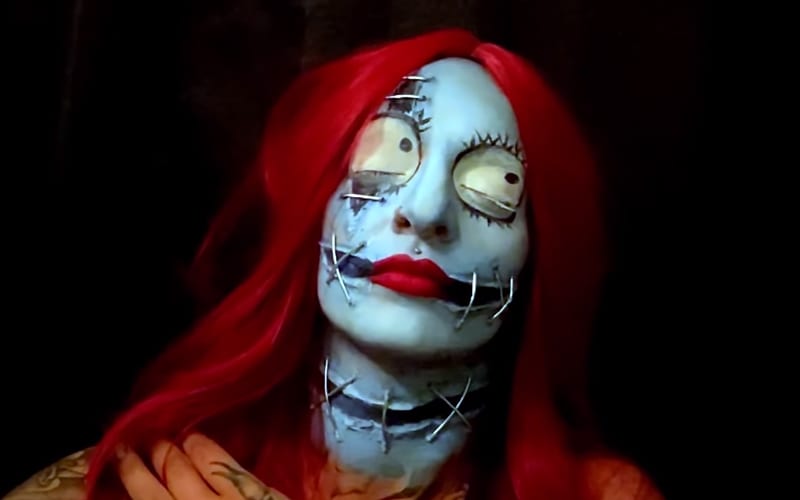 Ruby Riott doesn’t wear face paint in WWE, but she has a ton of tricks up her sleeve if they need her to disguise her identity. She recently took on the challenge of transforming herself into Sally from Nightmare Before Christmas, and it was a huge success.

The Nightmare Before Christmas counts as both a Halloween and Christmas movie for some people. Others would argue that it is one and not the other, but Ruby Riott obviously loves the Tim Burton film.

The leader of the Riott Squad took to YouTube and uploaded a 25-minute video where she totally transformed herself into the popular Disney character by only using makeup. It was quite impressive.

In the end, Ruby Riott was very happy with the way her look turned out. All she needed to do was put on a red wig and it really pulled everything together. You can check it out below.