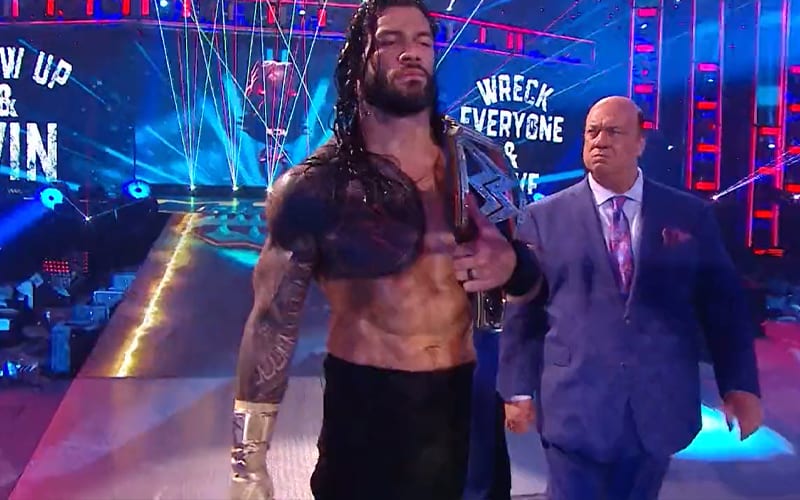 Roman Reigns has ended plenty of confrontations with the Superman Punch. The Tribal Chief has a new piece of gear to cover up that already golden fist.

Roman Reigns vs Jey Uso opened up Hell in a Cell with their “I Quit” match. When Reigns made his way to the ring the new golden gauntlet on his hand got a lot of attention.

Jey Uso and Roman Reigns threw down in a big way to open Hell in a Cell. The golden gauntlet did plenty of work as well. It wouldn’t be a huge surprise to see Reigns’ new gauntlet pop up on the official WWE shop very soon.