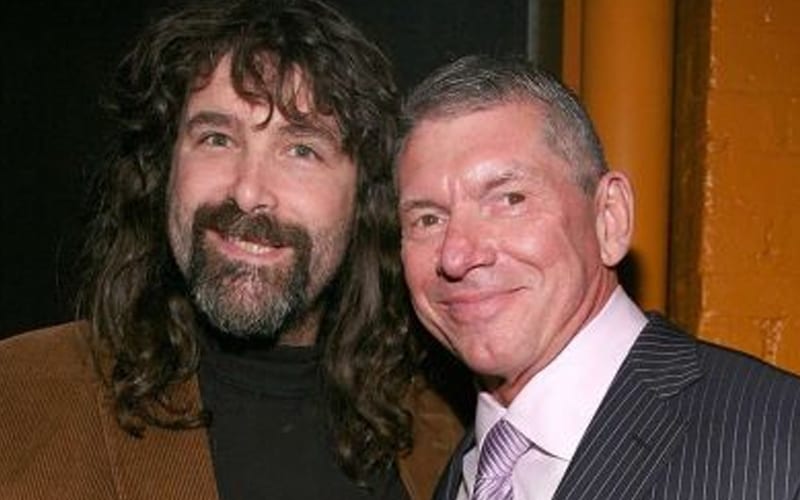 WWE is always making plans, and Mick Foley might be factored into what they have in store.

Foley hasn’t been a regular on WWE television in some time. That might change soon enough, but we’re not really sure what is in store. All we know is that something is happening that WWE wants to keep secret.

According to Alex McCarthy of TalkSport, Vince McMahon and Mick Foley had a “top secret meeting.” It wasn’t revealed what they discussed, but it does come during a very interesting time as Hell in a Cell approaches, a gimmick match that Foley made famous.

Mick Foley told me yesterday that he met with Vince McMahon just a few weeks ago for a ‘top secret meeting’ and details will follow soon.

We’ll keep an ear open for any sudden car crash sounds followed by iconic entrance music during WWE programming. It could signal that Mrs. Foley’s Baby Boy is coming back for something. Stay tuned.