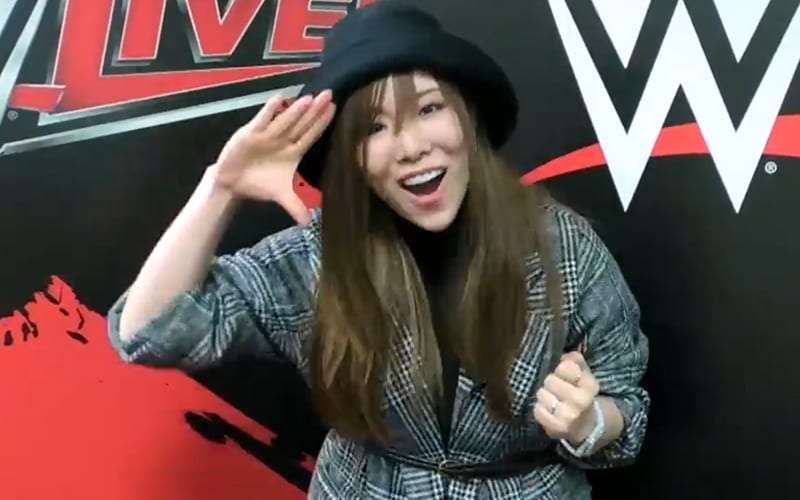 Kairi Sane departed WWE television, but she didn’t leave the fold. The Pirate Princess returned to Japan where she is excited about more opportunities to work with WWE in different ways. One of those opportunities is coming this Sunday.

Sane will be on the Japanese announce team during Hell In A Cell on Sunday. In a tweet translated from Japanese, J Sports WWE revealed that Kairi Sane is prepared to join WWE’s Japanese commentary team.

It was not noted if Kairi Sane will remain on WWE’s Japanese announce team for future broadcasts. One would imagine that this could be a great spot for her. So, if you miss Kairi Sane you can at least hear her voice during Hell In A Cell if you switch language options on the WWE Network.