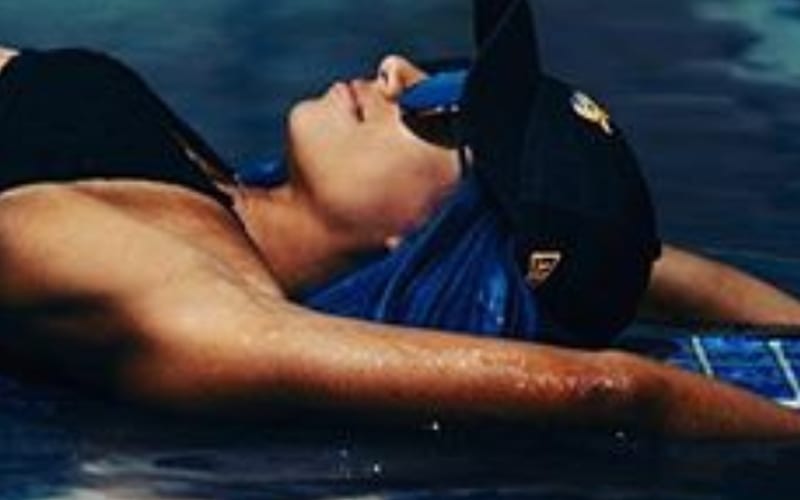 Sasha Banks has a very big night ahead of her at Hell In A Cell. She plans on walking out of the ThunderDome as SmackDown Women’s Champion. Prior to Hell In A Cell, The Boss spent some time relaxing by the pool and she wanted to share it with fans.

Dwayne Johnson has played many roles, and some children know him best as Maui from Moana. His famous song “You’re Welcome” was expertly quoted by Sasha Banks in this new bikini photo.

The Boss recently dropped the new bikini photo with a single caption that makes so many think of the popular song from the Disney animated film. It’s an interesting combination for one’s brain to handle at once, but she pulled it off with the caption: “What can I say except: ‘You’re Welcome.'”

Obviously, Banks put this caption for two reasons. Not only was she quoting the popular song from Moana, but she was also getting ahead of her fans and accepting their thanks for gracing them with this photo.