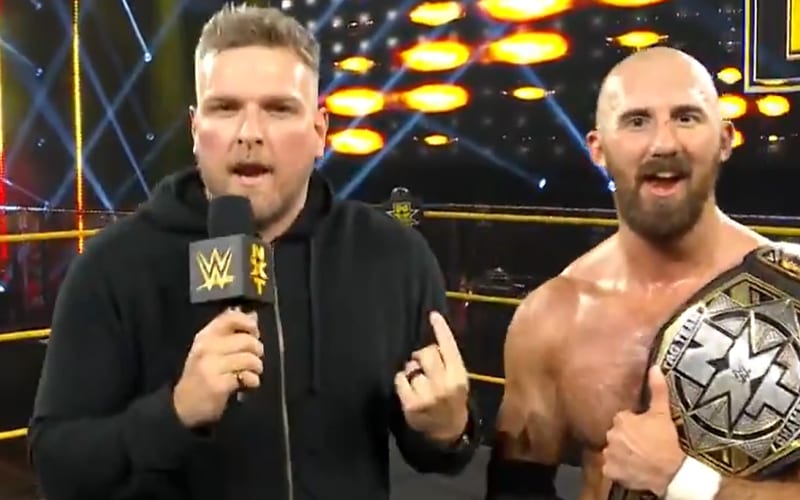 Adam Cole and Pat McAfee’s feud is far from over. The Undisputed Era were screwed out of an NXT Tag Team Title opportunity, and now Danny Burch and Oney Lorcan are the new champions thanks to McAfee.

After NXT went off the air this week, Pat McAfee wasn’t done in the ring. He cut a promo in the Capitol Wrestling Center. He said it looks like “dog crap” because fans are in the building.

The former NFL player said that they are the new kings of NXT, they are unstoppable, and they are also nowhere near done with what they plan to do with NXT. The entire time the crowd was heavily booing him.

After the promo, the new champs and McAfee went backstage and made things official with a WWE photo shoot. You can check out both videos below.