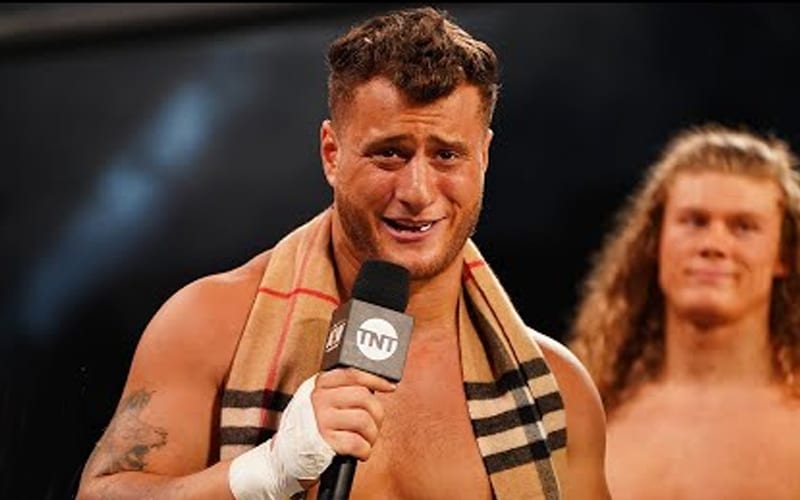 MJF has an incredibly bright future in the pro wrestling business and he doesn’t want anyone to forget about it, especially if they don’t realize it yet.

AEW Dynamite is spotlighting a very interesting angle as MJF finally admitted that he wants to join the Inner Circle. MJF will have a steak dinner with Chris Jericho this week on AEW Dynamite in order to hash things out.

While pondering his current position in the pro wrestling business, MJF had a question to throw out there. He wondered if everyone who hates him realizes that they are witnessing a star evolving in front of their very own eyes.

You ever wonder if people are fully aware that they are watching a legend be born before their very eyes but they are too clouded by hatred to see it?

Inner Circle member Sammy Guevara tweeted back a reply to MJF. He said: “Thanks Max put these people in check to how great I am!” That was not MJF’s intention at all, but he played along.

The Salt Of The Earth responded to the Spanish God by saying: “I was obviously talking about you lil buddy!!! Miss you kiddo. I’m eating steak with CJ this week but maybe we can meet up another time. Hope you are putting the jacket to good use!”

Sammy Guevara then had to remind MJF that he is actually older than the Burberry wearing pro wrestler. We’ll have to see how those two will be able to coexist in the Inner Circle if that steak dinner goes well enough.