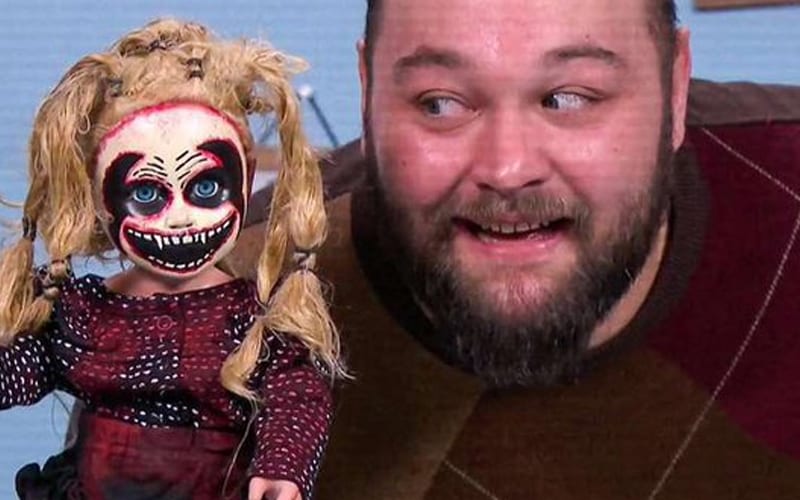 Alexa Bliss made her debut on the Firefly Fun House this week, and it looks like the WWE Universe has a very fun, yet creepy time ahead of them.

Bray Wyatt featured a creepy blonde haired doll in a Firefly Fun House segment a while ago. Plenty of fans thought the blonde doll was supposed to be Liv Morgan. That didn’t happen, but Bliss did step into the Firefly Fun House world.

Ringside News exclusively reported in May that they were considering adding another human element to the Firefly Fun House. It was tabled at the time, but not 100% nixed. Now they are bringing that idea back.

Alexa Bliss saw a side-by-side of herself in the Firefly Fun House along with that creepy doll. She included two “look” emojis to get fans’ attention. A lot of people also drew these correlation.

We’ll have to see what’s next for Bliss and Wyatt, but things are getting very interesting for them on the red brand.