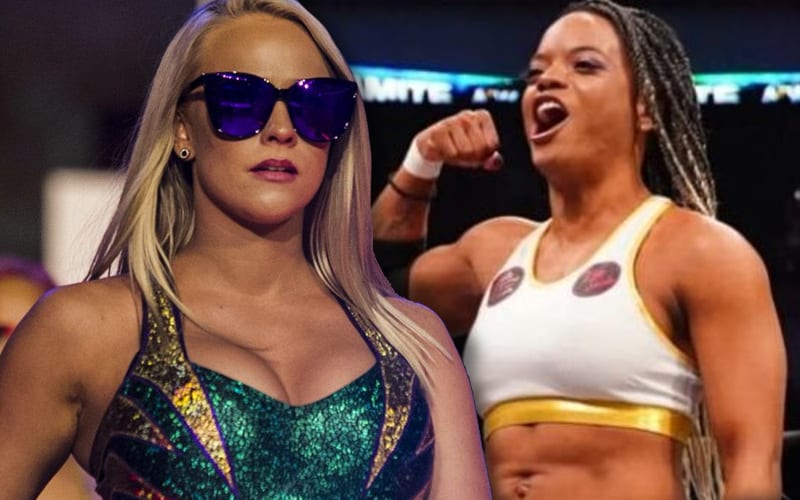 It appears a new feud is brewing in the AEW Women’s Division between two ladies who are not seeing eye-to-eye. Penelope Ford and Big Swole seem destined to hash things out in the ring after starting things on social media.

Penelope Ford threw some shade at Swole with a video online. She called Swole’s loss to AEW Women’s World Champion Hikaru Shida “pathetic” and that it should have taught her that “the world doesn’t revolve around Big Swole.”

This video from Ford did not please Swole at all. She fired back with a tweet where she called Penelope Ford a “painted woman” while encouraging Penelope to call her out when her “lady nuts drop.”

Painted Woman, you’ve been passed around from table to table like a hot plate. You’re sarcasm with a back handspring, holla at me when your lady nuts drop. Hussy.

It appears that a new rivalry is going to kick off sooner than later between Big Swole and Penelope Ford. This could be an interesting addition to AEW programming as their women’s division really needs to start pulling in more viewers.