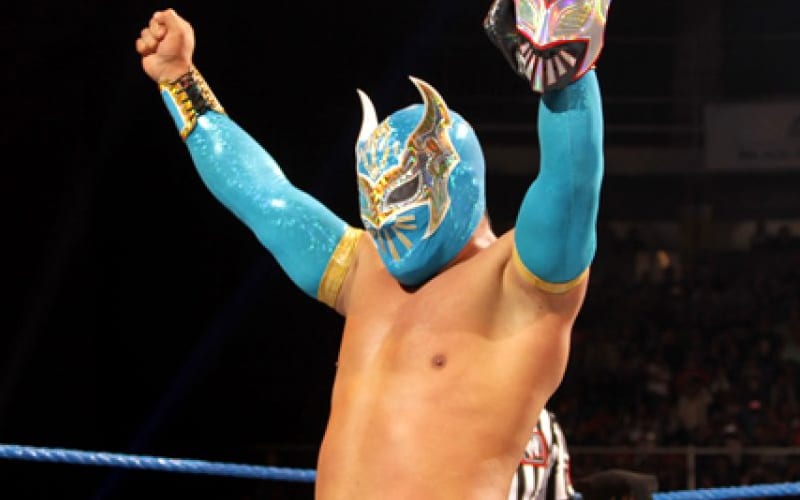 Sin Cara was played by two people in WWE, and neither of them are with the company anymore. The original Sin Cara, Mistico recently revealed his appearance when it was previously hidden. He now wrestles as Carístico. The masked man accidentally showed everyone what he looks like on Instagram live.

The former WWE Superstar was doing a live stream on Instagram, and then he thought it ended. He took off his mask, but the stream hadn’t stopped yet. 225 people saw the unmasking. This was immediately captured and released online.

One fan tweeted out the photo which you can see below. The caption said when translated from Spanish: “The asshole Carístico forgot to turn off his live and took off his mask hahahaha.”

The second Sin Cara in WWE was the former Hunico. Everyone knows what he looks like, but Mistico’s appearance was kept a secret… until now.