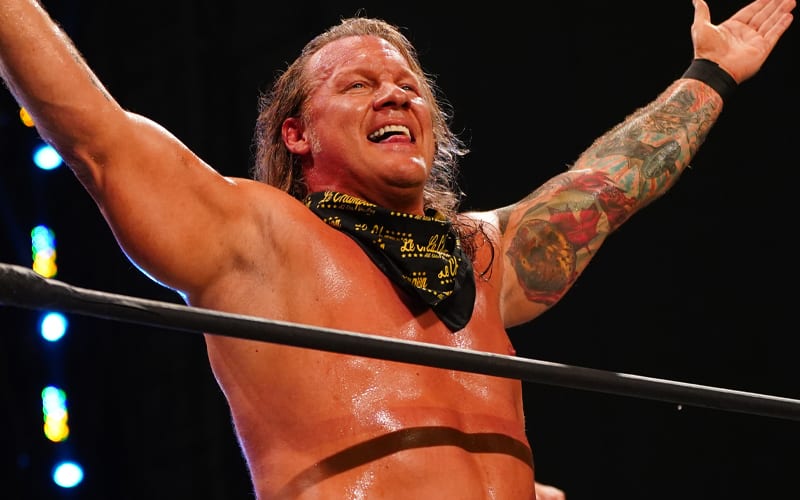 Chris Jericho cashes two checks when he makes his way to the ring. He not only performs, but his band Fozzy’s song “Judas” is also belting through the AEW sound system. That song is incredibly popular and it is also a famous fan sing-along at this point.

Fans love singing “Judas” at the top of their lungs at Le Champion. At this point, his entrance music is more over than half the pro wrestling business. At least, that’s what Lance Storm observed when he caught up on AEW Dynamite.

Catching up on AEW. I’m pretty sure @IAmJericho’s song Judas is more over than half the business.

NJPW didn’t want to use “Judas” the last time Jericho wrestled there. The Million Viewer Man wasn’t upset about it, but NJPW didn’t want to pay the royalties, so they used a generic song instead. AEW obviously understands the value of that song and it doesn’t seem to be going away any time soon.