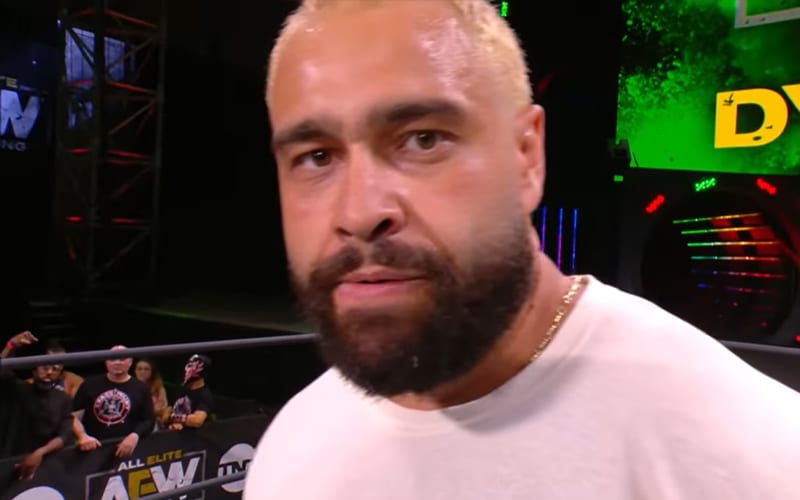 Rusev was set to take on The Undertaker in Saudi Arabia in 2018, but that match was taken away from him. The rumor is that match was ripped from Rusev because Vince McMahon didn’t like comments he made about Taker to hype that match and then it was given back to Rusev when Chris Jericho, who was picked to replace him, revealed that he was going back to wrestle more in NJPW.

On April 11th, 2018, Miro (then Rusev) tweeted out to WWE’s announcement of his Casket Match against The Undertaker: “Bury me softly, Brother.” Over two years later a fan found that tweet.

Some fan tweeted back in response to Miro’s two-year-old Undertaker tweet. They said: “Anymore than you have at AEW with your garbage Gamer gimmick with a BTEC Fandango?”

Miro didn’t really know how to address this online burn aimed at such an old tweet. So, Miro thanked him for taking such a deep dive into his timeline: “Thank you for the 2 year scroll down!!!”

This just goes to show that some fans don’t forget, and Miro is thankful for it.