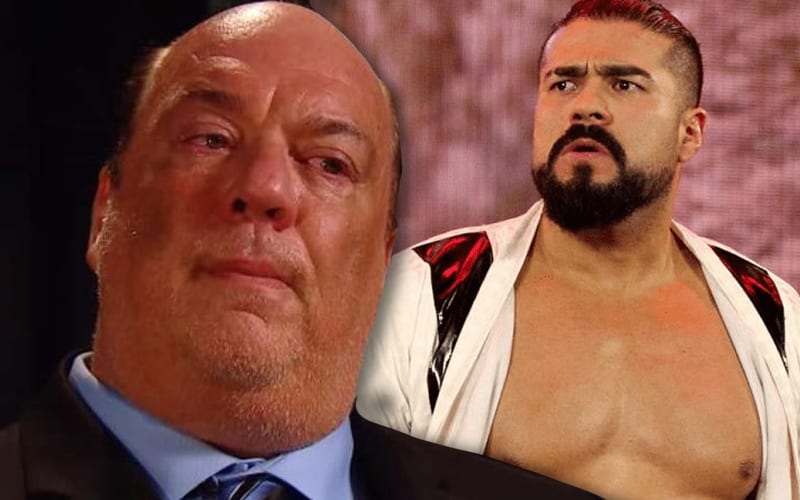 Andrade was left undrafted in the 2020 WWE Draft. This was a move that made a lot of fans wonder what is going on. As of this writing, he remains without an official brand home, and a new tease indicates that he is looking at NXT.

El Idolo had a fan in Paul Heyman, but Vince McMahon “doesn’t give a sh*t” about him as Ringside News exclusively reported. He was part of what some called the “SmackDown Catering Crew” which Heyman brought to RAW from the blue brand. Then Heyman was fired as Executive Director of RAW and all those Superstars were left to deal with Vince McMahon and Bruce Prichard’s booking.

Dave Meltzer confirmed our previous reports by backing them up with his own explanation .Vince McMahon was never about Andrade, but Heyman knew what he could do after seeing film from Mexico and Japan. When Heyman was fired that spelled trouble for Andrade.

Vince never got it with him. Whatever he got was just remnants because Heyman saw him in Mexico & Japan and thought he was top talent, and got him as far as he could. There’s a reason when Heyman was ousted I told everyone Andrade was dead.

Andrade’s story is far from finished in WWE. He might benefit from some more time in NXT. It’s impossible to say that he hasn’t worked hard to improve his English which is something he devoted additional time toward learning during the pandemic.