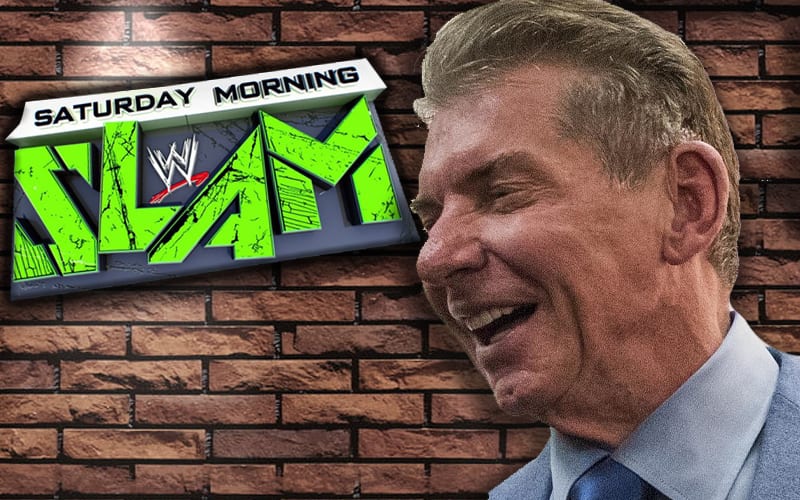 WWE is always filing new trademarks, and sometimes they want to lock down a name just because they don’t want anyone else using it. Other times there is actually an intention behind the filing. We’re not sure what is going on here, but WWE just registered the name of another long defunct show.

WWE Saturday Morning Slam was cancelled in 2013. It only ran from August 25, 2012 to May 11th the following year on the CW. The company might have plans for that retired family friendly show.

The description for that Saturday morning WWE show explained how it was geared for a younger audience, a demographic the company desperately needs to retain.

Even the youngest WWE fans and their families can tune in to each energy-filled episode of this wrestling program for riveting entertainment. In addition to WWE superstar profiles and behind-the-scenes footage, there are exclusive matches between wrestlers like Kofi Kingston, Heath Slater, Brodus Clay, Michael McGillicutty and Sin Cara. Each week larger-than-life wrestling stars and unique content — including question-and-answer segments, videos and skits — combine to provide family-friendly fun, perfect for a younger generation of viewers.

According to recent filings, WWE registered a trademark for WWE Saturday Morning Slam on October 9th. They did this along with registering many other NXT UK names along with Triple H’s “Skull King” moniker.

We’ll have to see what WWE plans on doing with the Morning Slam name. At least they are locking it down to make sure they own it.