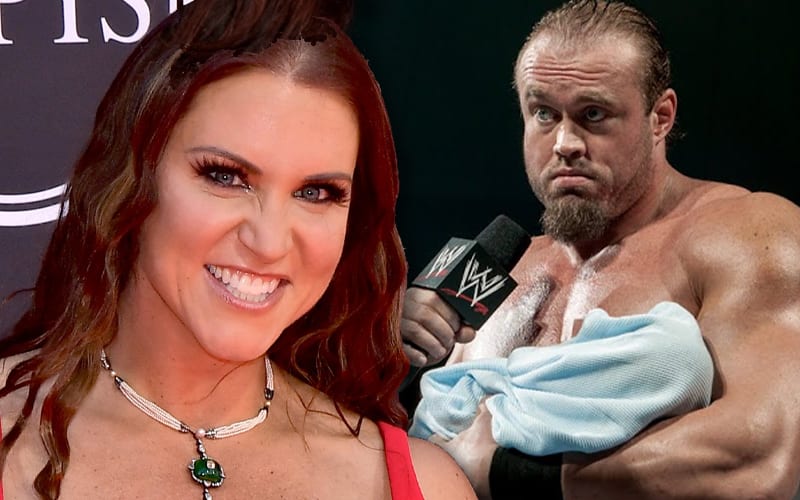 WWE history is littered with insane angles that the company doesn’t like replaying during highlight reels. The image of Gene Snitsky punting a baby into oblivion is one they don’t like to put out there too often, but it happened. See the below video for proof:

Gene Snitsky was a guest on the Two Man Power Trip of Wrestling podcast. and he explained that Stephanie McMahon had a vital role in everything that they did during that entire storyline. That included punting a baby on live television.

“Actually, Stephanie [McMahon] came to me and she made it clear to keep saying it [his signature catchphrase] as many chances as I get. So, yeah it was kinda funny.”

“She actually — she produced all my segments back then, and I worked with… Dan Madigan. Dan Madigan wrote most of the storyline and then Steph was producer for pretty much all of the segments that we did and it was fun man. I had a lot of fun with that little storyline.”

When it came to the famous angle where Snitsky actually kicked the baby on live television, Vince McMahon made a point to let him know that was his moment to shine.

“You know, it’s funny because I wasn’t honestly thinking anything of it. We rehearsed it. Vince [McMahon], I can remember him saying to me, ‘Snitsky, don’t f*ck this up,’ and this is [a] honest to God true story, I looked at him and I go, ‘Vince, don’t you worry. I was already a punter in high school. This is gonna be great’ and he [went], ‘Okay.’ After we did it and it came off so well he was like — I said, ‘I told you it was gonna be great.’”

Dan Madigan also deserves his due credit for writing. WWE’s creative team doesn’t get the credit they deserve unless things go wrong.

Stephanie McMahon prides herself on establishing the Women’s Evolution in WWE. Perhaps she should start including this mention in her list of accomplishments as she had a huge role in creating some incredibly captivating television.

It turns out that it wasn’t Gene Snitsky’s fault after all. It was Steph.