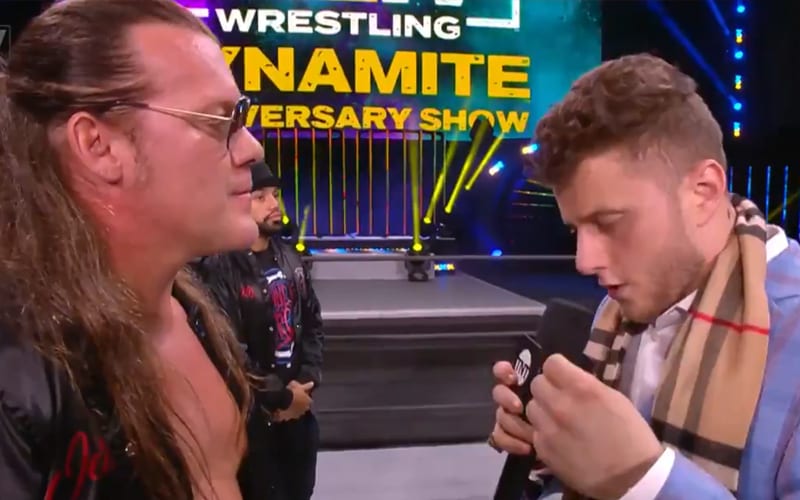 MJF promised that he had a big announcement for AEW Dynamite this week. He came out as expected, and he immediately invited out Chris Jericho who came out with the Inner Circle in tow.

MJF declared himself “The Ratings Ruler” since Jericho is the Demo God. MJF made a reference to Jericho watching Animal Planet, and Le Champion stopped him and said that he hated Animal Planet.

Friedman circled back around to the animal analogy and said that you never see piranhas fight each other. Then MJF proposed he join the Inner Circle after teasing it for a bit.

The rest of the Inner Circle didn’t want MJF. Chris Jericho said they need some time to think about it. Then he proposed that they meet up one on one for a steak dinner. MJF said “you’re on!”

The date has been set for next week. It will be MJF and Le Champion at a steak dinner on AEW Dynamite!