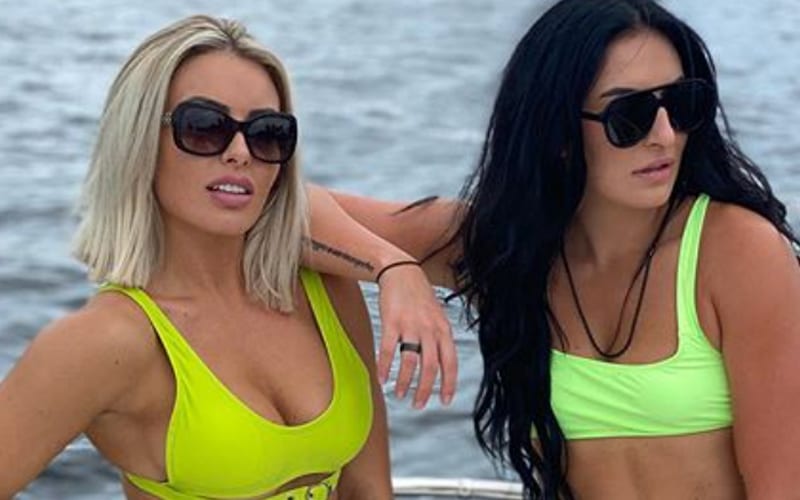 Mandy Rose and Sonya Deville had a fierce feud through SummerSlam. Deville lost a Loser Leaves WWE match and she hasn’t been seen since. After snubbing her in the 2020 WWE Draft, Sonya Deville remains off WWE television, but that won’t stop her from patching things up with the Golden Goddess.

Rose has a new tag team partner on WWE RAW in Dana Brooke. Those two make quite a team, and it looks like they’re getting a push. In the meantime, Sonya Deville and Mandy Rose have resolved their differences and, in Deville’s own words “we back bitches.”

Nothin can stop us, we all the way up. And Mandy apologized so we good😎 #webackbitches #besties #resolved

Rose commented on this post and said: “No u apologized first, then I did so we good.”

We’ll have to see if this post on Instagram translates into anything on WWE television. It’s highly doubtful, but not impossible. They need to come up with a way to bring Deville back to television eventually.