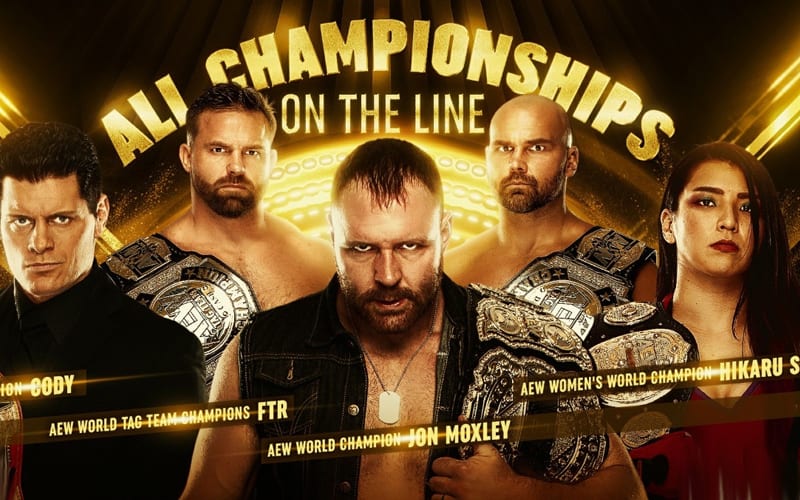 AEW will see every official title in the company defended during their anniversary show tonight. This will be a big night for the company, and they are giving fans plenty of reasons to watch.

The AEW World Title is on the line as Jon Moxley finally faces off against Lance Archer. Cody’s newly won TNT Title is also on the line against Orange Cassidy. Will we see a big title change tonight?

Hikaru Shida is also defending her title against Big Swole. FTR will prove they are Top Guys against the Best Friends in an AEW World Tag Team Title defense with a 60-minute time limit.

Miro and Kip Sabian will also be in action, but their opponents have not been revealed. MFJ promised a huge announcement as well, so we’ll have to see what he has planned to say.