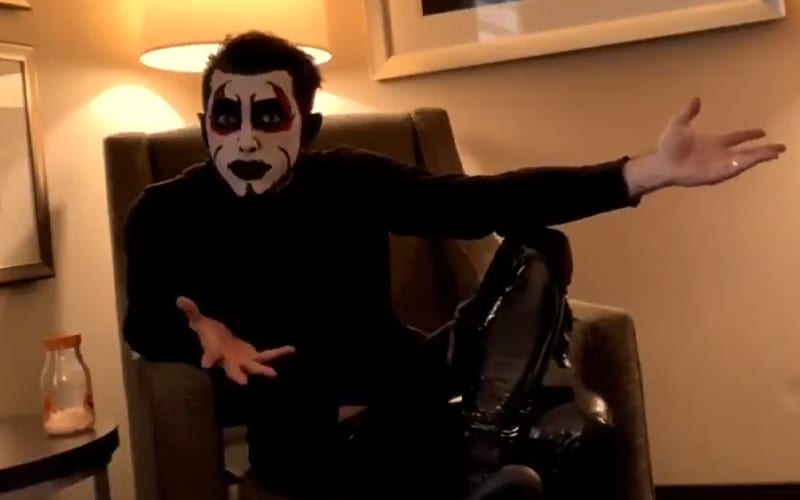 ROH is preparing for another round of television tapings, and they have a very strict bubble for their stars prior to the tapings. They are taking every precaution possible during the pandemic. The company has everything on lock down, but they have an infiltrator to worry about now.

Danhausen appeared on ROH television and at their events prior to the pandemic. Then everything froze. Danhausen was stuck in Canada and unable to make events due to the mandatory quarantine time needed when he returned.

The very nice, very evil, and very popular indie wrestler appeared at The Collective. He worked throughout the weekened, and now it appears he stayed in the USA to work for ROH.

Dear @ringofhonor you will rue the day you left Danhausen out of your precious #ROHBubble and televised tapings. Danhausen will not be denied. See you soon.

Danhausen said that ROH misplaced or ignored his requests, but they will rue the day. He didn’t issue any direct threats to wrestlers, but there is a very good chance he will “wander onto the television set of some sort.”

You can check out the video that he released below.