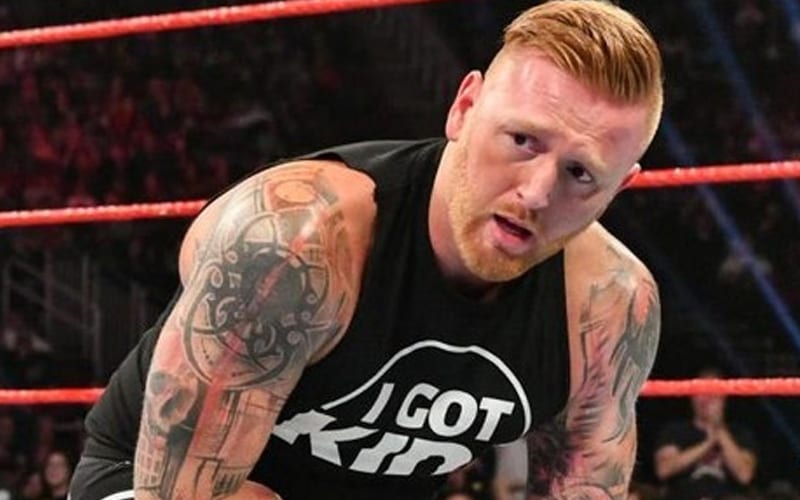 Heath Slater had a few interesting storylines in WWE, but nothing really got him to the next level. That might have been by design.

Sitting Ringside recently sat down with Heath Slater for an interview. He was very candid about how he felt WWE handled his pushed. They apparently didn’t want him to get too over, because the way Heath sees it his momentum was intentionally stalled.

“I felt like they never really wanted me to get over as much as I could just because every time something good would happen with me and the people were with it, I would throw out some ideas.  They would work and then they would switch it. Then they end the story and put me on ice and you would not see me for a year and a half. If you do, it’s me putting over this guy. Once that happens to you four or five times, you get frustrated. Then you start asking questions and they say you are asking too many questions and you’re being a bother.  What can I do? There is no communication between the lines. You are paying me. You have a guy that wants to work and wants to do things but you can’t get anywhere.  It’s like tires spinning.”

A lot of fans are hoping that Heath Slater will fulfill the prophecy and become the third former 3MB member to be released from WWE, and come back to become a WWE Champion. It worked for Jinder Mahal and Drew McIntyre so far. Hopefully, if WWE brings him back they won’t put a limit to how popular Heath can get.