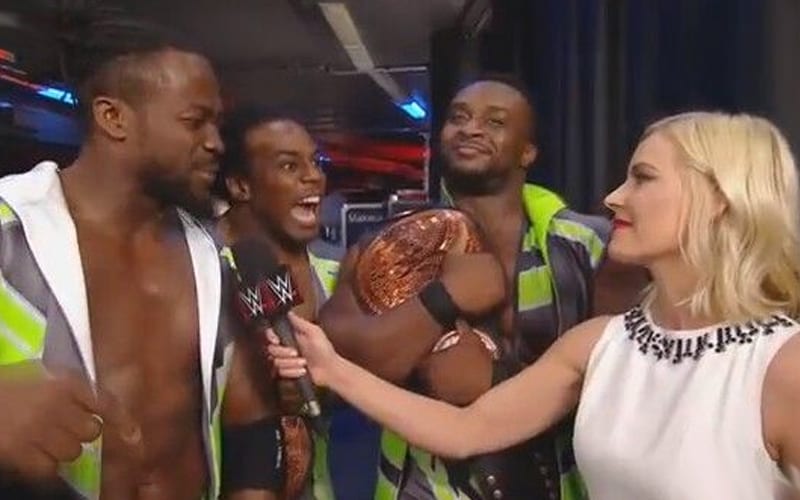 Renee Young was watching along with everyone else when WWE split up the New Day. This was a moment that she said brings shame to WWE.

The former WWE announcer logged on to Twitter where she voiced her displeasure of WWE splitting up Big E, Xavier Woods, and Kofi Kingston. While Woods and Kingston are still a team, Big E’s singles run will continue on a different brand.

C’mon man. You guys broke up the New Day?!? The fugggggg

Renee Paquette wasn’t alone in this feeling. Plenty of fans felt the same way. Big E spoke about it on Talking Smack and he went into how much this really means to break up a team that was together for 6 years.

We’ll have to see if the three reunite down the line, but for right now the WWE Draft split up the New Day.