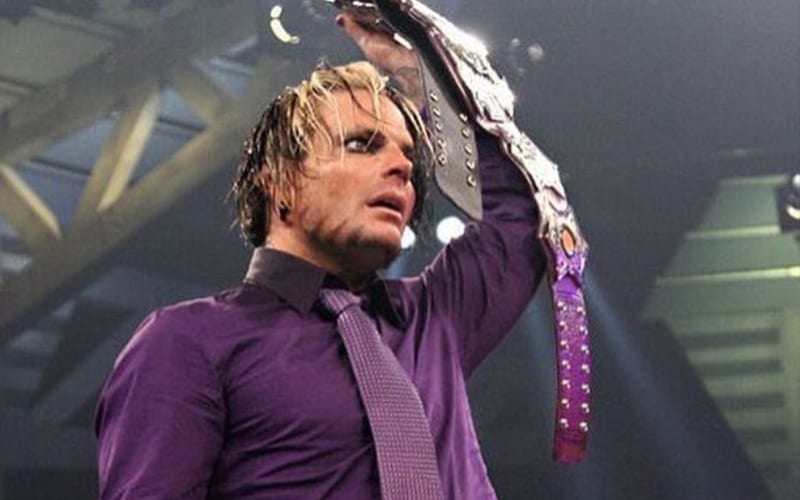 Jeff Hardy defeated Kurt Angle and Mr. Anderson at Bound For Glory 2010. That match was for the vacant TNA Title, and the stipulation was that if Angle didn’t win then he had to retire. Fans weren’t happy about that.

The Antichrist of Pro Wrestling character was born for Jeff Hardy after that. This is not a gimmick that would probably fly in 2020.

Hardy remembered that moment a decade later as he shared a signed posted with a caption reminiscing about how he became the “Antichrist of pro wrestling” that night.

Wow!10 years ago today…I became the Antichrist of pro wrestling!! I am so blessed 2 B here!

Jeff Hardy’s story is still far from over in pro wrestling. Kurt Angle really didn’t retire after Bound For Glory 2010, but he has since stepped away from in-ring competition. It’s interesting to see where all of the roads took each person in that match.