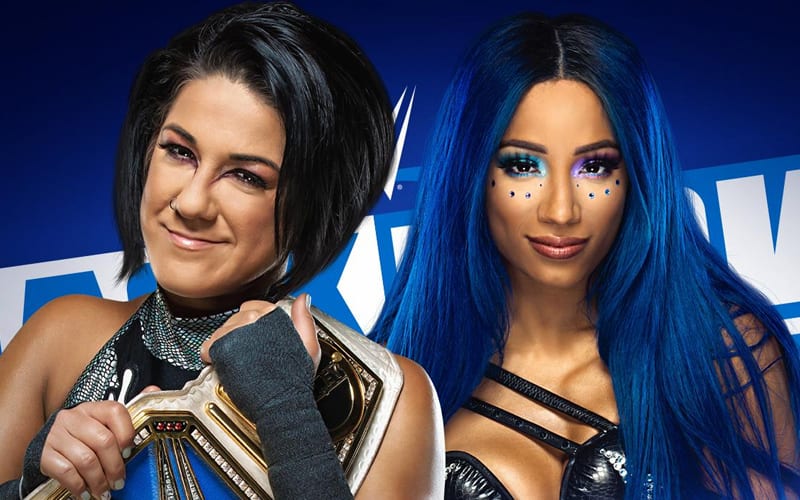 WWE is kicking off the 2020 Draft this week on Friday Night SmackDown. They have plenty more prepared for the big show.

Bayley and Sasha Banks will battle for the SmackDown Women’s Title. That match is fully expected to happen again at Hell In A Cell which, as Ringside News exclusively reported, will be in a Hell In A Cell match.

Kevin Owens and Bray Wyatt’s Fiend will do battle this week. That will mark The Fiend’s SmackDown in-ring debut.

Big E will take on Sheamus in a Falls Count Anywhere match. We’ll have to see how that one ends. Also, Otis is set to defend his Money In The Bank briefcase in court as he represents himself in a lawsuit against The Miz.

You can check out an official bullet point preview provided by WWE below.