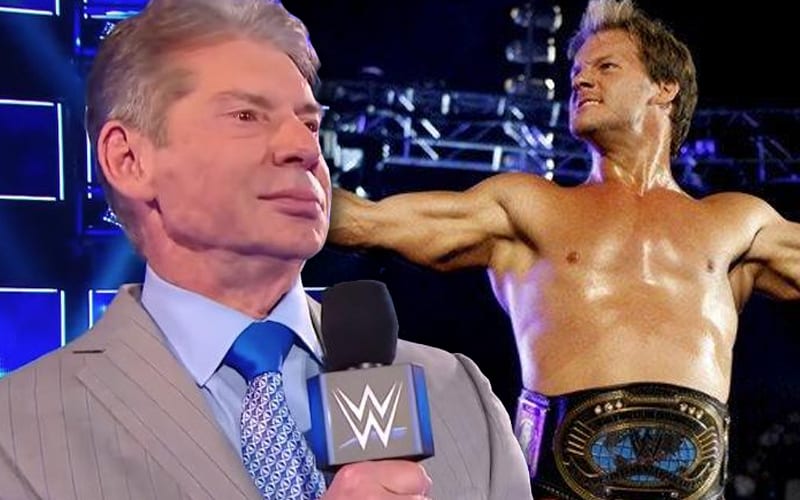 While speaking with Inside The Ropes, Chris Jericho told a very interesting story about not wanting to work against Fandango at WrestleMania 29. He felt like McMahon double crossed him as well. You can click here to read that entire fascinating story.

One very interesting part of that conversation with McMahon included Jericho trying to barter his way out of that Fandango match. Y2J offered to go for the Intercontinental Title instead. That could have racked up a 10th win for his career, but Vince McMahon dropped a very interesting piece of information: “nobody cares about the f*cking Intercontinental Championship.”

Vince McMahon saying that nobody cares about the IC Title might have been him projecting a bit. The booking of his company certainly seems to give off that impression. At this time Sami Zayn is the Intercontinental Champion, and a lot of fans care about him with that title, but it’s hard to say if Vince McMahon feels the same way.