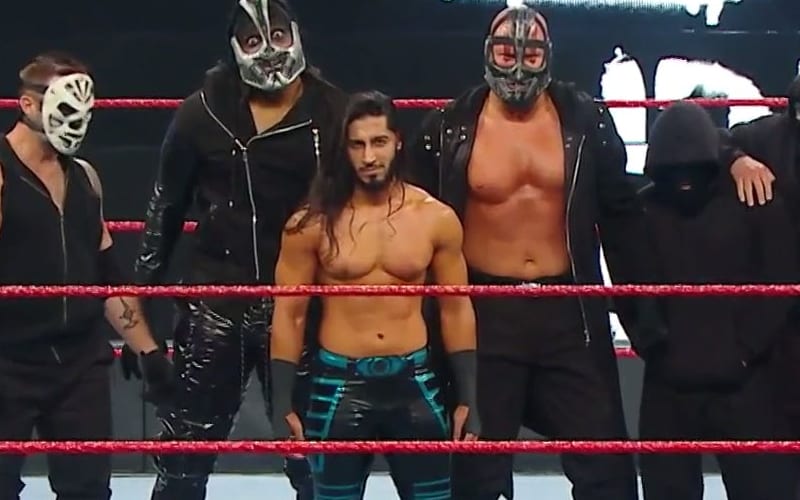 Mustafa Ali was revealed as Retribution’s leader this week on RAW. The members of Retribution took last week off, but this week they made quite an appearance.

Retribution members were all following NXT manager Malcolm Bivens on Twitter. He even called attention to how nervous that fact made him. Now it seems that Retribution have collectively changed their minds.

Mace, T-Bar, and Reckoning only follow four people on Twitter. They have all unfollowed Bivens and followed Mustafa Ali instead. Slapjack follows way more people. It is interesting that none of them follow Mercedes Martinez and she has yet to register a name on Twitter for her supposed Retribution name: Retaliation.

This is an interesting turn of events and it also shows how Retribution are working in a collaborative effort online. We are monitoring this story here at Ringside News and hope to have some kind of exclusive update soon.