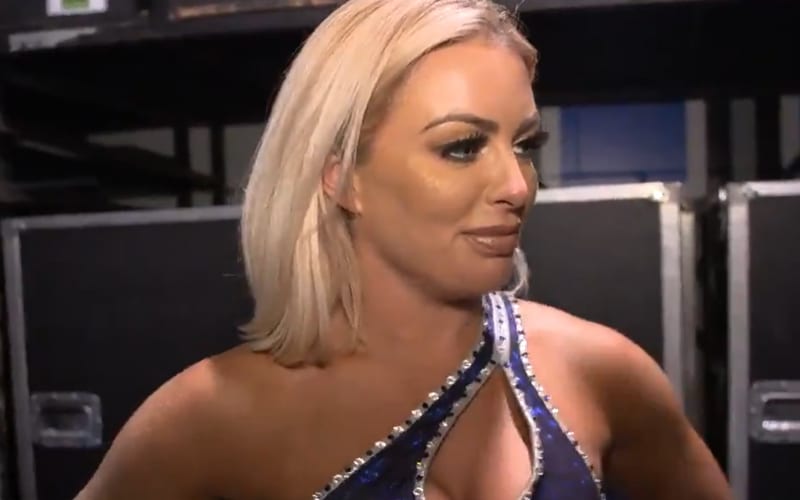 Mandy Rose appeared on RAW this week and picked up the pinfall in a six-woman tag team match. It took WWE a couple of weeks to figure out what they were going to do with the Golden Goddess on RAW, but they are figuring it out.

After her win on RAW this week, Mandy Rose spoke backstage at the Amway Center about the hot streak she’s currently on. She’s also very excited to have a new roster of women to work with.

Rose was just traded over to RAW from SmackDown. The Miz can be thanked for that. We’ll have to see if the WWE Draft can bring Otis and Mandy back together. They never officially broke up in the storyline.

Mandy Rose was asked about going back to SmackDown during the Draft. She is having a great time on RAW and will see where the Draft takes her. That’s a pretty good mindset to have because it is 100% not her decision.