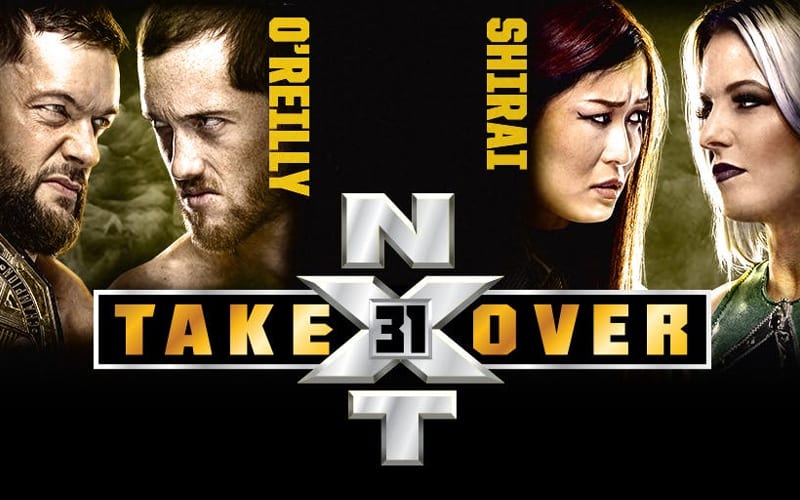 Tonight is NXT TakeOver: 31 and we will have full coverage right here at Ringside News. They have a big night of action coming from the NXT brand. The kickoff show starts at 6:30 PM with the main card beginning at 7:00 PM.

Finn Balor will defend his NXT Title against Kyle O’Reilly. This match was affected by the COVID-19 outbreak in NXT, and it will mark a huge opportunity in O’Reilly’s career.

Candice LeRae will also get a title shot as she takes on Io Shirai. We’ll have to see if the Pint Sized Pixie can defeat the NXT Women’s Champion at TakeOver to take her title.

Johnny Gargano also has a title opportunity. He will take on Damian Priest in an attempt to become NXT North American Champion once again.

Also, Santos Escobar will defend the NXT Cruiserweight Title against Isaiah Scott. KUSHIDA will also take on the Velveteen Dream. You can check out the full card (so far) below.

KUSHIDA vs. The Velveteen Dream