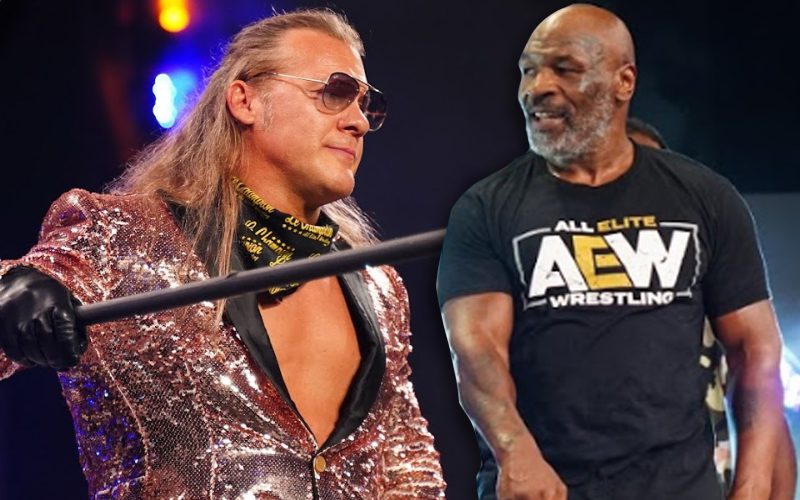 Chris Jericho had a three-match series against Orange Cassidy that put Freshly Squeezed over in a big way. That program and the Mimosa Mayhem match might have never come to pass if AEW stuck with their orginal plans.

During his Saturday Night Special, Chris Jericho revealed that he was originally slated to face Mike Tyson at All Out. That match didn’t happen because of Tyson’s fight against Roy Jones Jr.

“Originally, I was supposed to work with (Mike) Tyson at the September pay-per-view, All Out II, and we just couldn’t get it done in time. The second match I had with Orange (Cassidy) was originally going to be the Mimosa Mayhem Match, but we moved it to the rubber match position.”

Mike Tyson and Roy Jones Jr’s fight was pushed back even further into 2020, but it didn’t help Iron Mike make All Out. We likely haven’t seen the last of Mike Tyson in AEW, but it might have to wait until Tyson gets that big boxing payday he’s got coming up on November 28th.