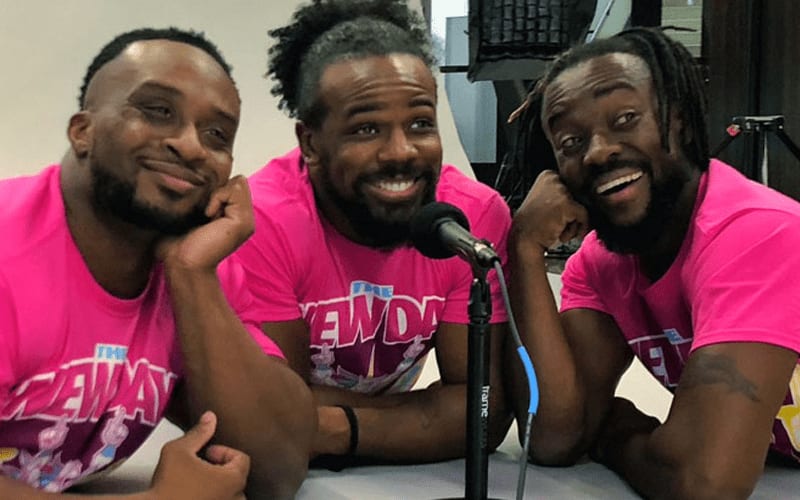 The New Day have been a trio since getting together, but there’s always the chance that a fourth member could be added to the group even after all these years.

Kofi Kingston and Xavier Woods are currently out of action. Big E has been doing his own thing on the singles division and he has a last man standing match against Sheamus on SmackDown next week. We’ll have to see where the New Day members land following the next WWE Draft.

While speaking to a fan name Arlo, Kofi Kingston was asked about the possibility of adding another member to the New Day. If you ask Kofi, he would want Sasha Banks to join their stable.

“Sasha Banks — I usually say ‘nobody,’ but Sasha, we’ve had a lot of history, so you’ve gotta respect The Boss, right?”

New Day members have answered in the past that they wouldn’t add anyone to the stable. It is interesting to get a different answer out of Kofi Kingston as he was able to name Sasha Banks as someone he would want in the New Day.

Sasha Banks also has a big match next week on SmackDown. She will take on Bayley with the SmackDown Women’s Title on the line. She will be facing Bayley on her own.