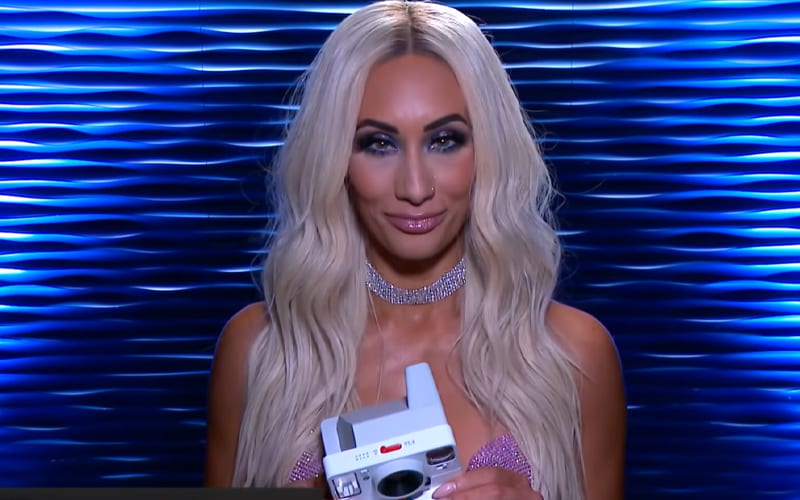 Mella jumped on Twitter after her big reveal on SmackDown. Her timeline was apparently full of hate. Fans called Carmella ugly and dragged her appearance following her return to SmackDown. Ringside News even saw that kind of disgusting and negative reaction to Carmella on our own timeline.

The former SmackDown Women’s Champion answered back to those haters on Twitter. She’s been out of the public eye for over five months, and this is what she returned to. It was a startling reminder of how toxic the internet can be.

Been off tv & out of the public eye for over five months. I come back for one night & the amount of negative comments I see just based on my looks alone is disgusting. I forgot what a toxic place social media can truly be. Thank god I know what a hot bitch I am.

We’re happy to see Carmella back on WWE television. She has an undeniable charisma, and a dedicated fan base. Ringside News also exclusively reported that she was the mystery SmackDown Superstar the day after the first vignette aired.