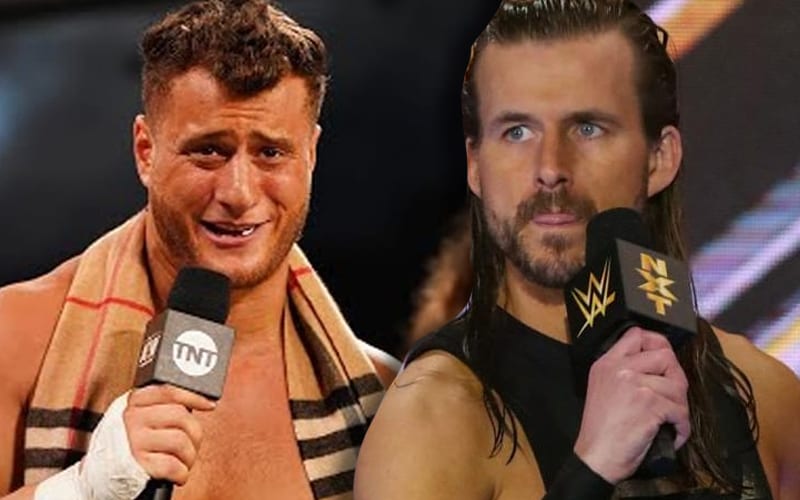 MJF has a wide array of possible opponents in AEW. He might want to branch out, and he has his eye on one particular Superstar from NXT.

The Salt Of The Earth recently took part in a Twitter Q&A. He asked fans to use #ImABigDumbMark to ask him questions, and he only selected 5. For some reason, he deleted his 3rd answer, but we were able to get a screen shot.

MJF was asked by a fan who he wants to face outside of AEW. The AEW star replied back saying: “#BetterThanYou vs #BayBay”

It looks like MJF has his eye on facing Adam Cole. We’re not sure why he deleted that tweet, but he did pick the former NXT Champion as his first choice for an opponent to face outside of AEW.

wpDiscuz
25
0
Would love your thoughts, please comment.x
()
x
| Reply
Report this comment
You are going to send email to
Move Comment