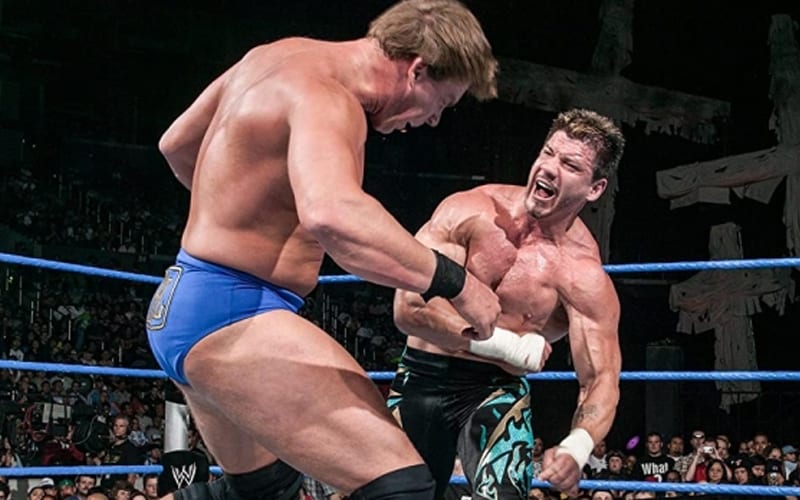 WWE history wouldn’t be the same if Eddie Guerrero and JBL never met in the squared circle. JBL recently opened up about how much Latino Heat meant to his career. If it weren’t for Guerrero, JBL says his famous character would have just been a one and done.

While he spoke to Corey Graves on After The Bell, JBL spoke about Eddie Guerrero and the time they spent working with each other. He also revealed how much Guerrero gave to get JBL over as a top Superstar.

“Eddie loved the JBL character and he loved JBL against himself so it was the most fun that I’ve ever had.”

“Without Eddie there would be no JBL. Period. JBL was a one and done, that’s it and Eddie wanted to prove that he could make anybody I think. Plus, we were very, very close friends I gave part of the eulogy at his funeral. He was one of the groomsmen at my wedding. We were good friends, and he wanted me to succeed and sometimes at the expense of his own character and without Eddie there wouldn’t have been a JBL.”

Bradshaw was able to take that JBL character and extend it far beyond his feud with Eddie Guerrero. He is now a WWE Hall Of Famer although they have yet to do his actual induction yet due to the ceremony being postponed due to the pandemic.

Eddie Guerrero was able to make JBL in that feud, and he bled a lot in the process to make it happen. JBL went on to inspire many others in the business as well proving that Latino Heat’s legacy has lived on in many ways.