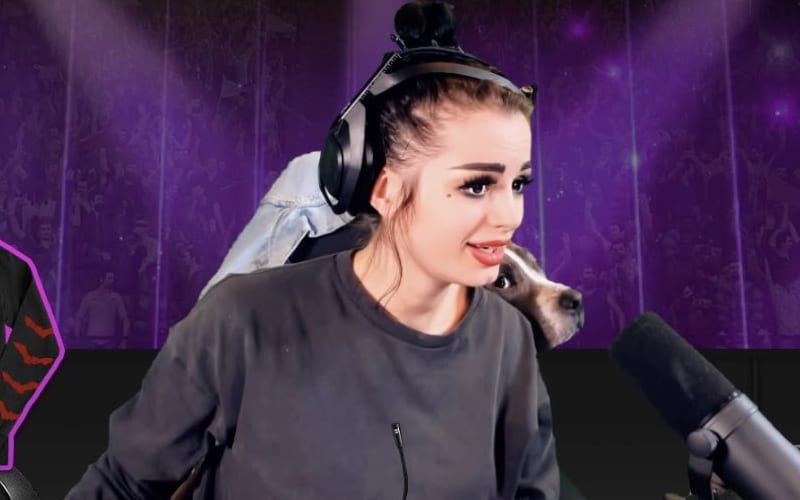 Paige recently commented on her Twitch channel and how she built up her fan base. This came during a time when WWE said that they are about to take ownership of all Superstar Twitch and Cameo accounts. Needless to say, some Superstars are livid about it.

One fan tweeted back at Paige and accused her of not starting her Twitch stream like others did. This fan said fame got Paige a Twitch fan base “not like you grinded from 1 viewer like most streamers.”

The first-ever WWE NXT Women’s Champion fired back at this hater and had to set him straight. She might have started Twitch as a celebrity, but she still grinded for 15 years and made that fan base. She also took part in other Twitch traditions to help grow not only her fan base, but others’ as well.

Nah difference is I grinded for 15 years for my fan base that I brought over to twitch. Also dropping raids and 50 bombs on smaller streamers to help them grow. Not for bitter people like you though. Work hard and you’ll get a fan base to.

Paige will likely soon have a Twitch channel that is owned by WWE. She hasn’t voiced her frustration about that necessarily, but the timing of her tweets concerning her passion for Twitch and WWE’s announcement shouldn’t be ignored.