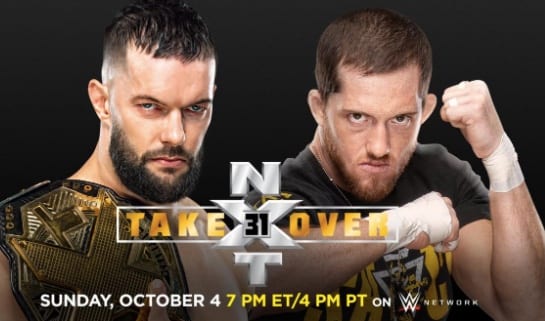 As seen on Sky Bet, the betting odds for Finn Balor vs Kyle O’Reilly at NXT TakeOver: 31 have been released.

O’Reilly’s rise to the top of NXT has been a gradual one after years of being a tag team star as part of The Undisputed Era. Now, though, he has the biggest opportunity of his career thus far ahead of him this weekend.

Balor is viewed as the main event veteran but NXT has a tendency to pull a fast one on us.

In terms of the betting odds, Balor is the clear and obvious favorite at 1/7 to retain the NXT Championship. O’Reilly, on the other hand, is the 4/1 underdog.

There have been rumblings out there that The Undisputed Era will try and intervene, whether it be to help O’Reilly or to turn on him.

Either way, this is shaping up to be a pretty fascinating encounter between two of NXT’s finest.