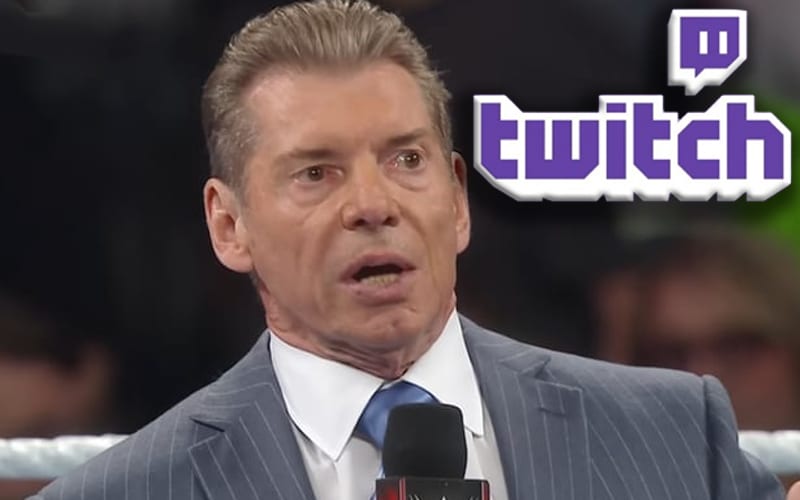 WWE put forth a policy that all Superstars had to stop doing business with third party companies. This included Cameo and Pro Wrestling Tees. Twitch was supposedly okay if the Superstars used their first names and got permission first. The company didn’t say that those Superstars will get to continue owning their own channel.

According to Wrestling Inc, Superstars received an email from Vince McMahon informing them that they have until October 2nd to “sever any unauthorized business relationship with third parties.” If Superstars do not comply they will be fined, suspended, or fired.

WWE also informed Superstars that the company will be taking over their Twitch accounts in four weeks.

WWE will own those Twitch accounts ran by Superstars. The Superstars will “receive a percentage of the revenue” and that money counts against their downside guarantees. Essentially, they have to give WWE a cut of their Twitch money now, and it counts as money made from the company and not that extra income it used to.

This is likely going to cause a big storm within the Internet Wrestling Community. There are a few Superstars who will soon be signing over their Twitch accounts to WWE. It was not addressed what happens to those accounts if/when a Superstar leaves the company.