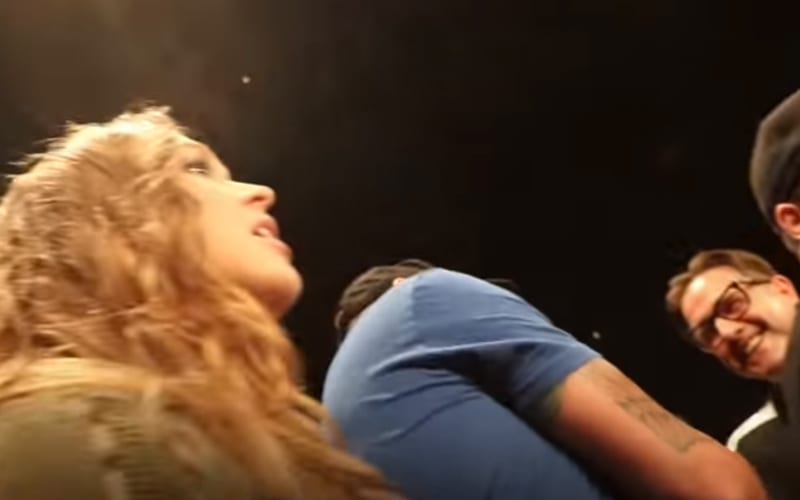 You never know who will be in the crowd at a WWE event, especially an NXT TakeOver.

Ronda Rousey hasn’t officially been in a WWE ring since WrestleMania 35. Recent happenings lead fans to believe she’s on her way back. She recently dropped a video from her time in the crowd at NXT TakeOver: Brooklyn 4.

Rousey met David Arquette for the first time in the crowd at the show. We’re not certain why it took so long for her to upload this footage, but now it’s on YouTube for the world to see.

Arquette said that he might be in Ronda Rousey and Travis Browne’s seats. Browne didn’t seem to mind as he shook the 8 Legged Freaks star’s hand.

As Velveteen Dream and EC3 battled in the ring, they were enjoying the experience. David Arquette had a chance to congratulate Ronda Rousey for how great she was doing in WWE at the time. She was still on television every week and getting ready for SummerSlam.

We’ll have to see when Ronda Rousey returns to WWE. This video certainly gives the indication that she has the company on her mind.