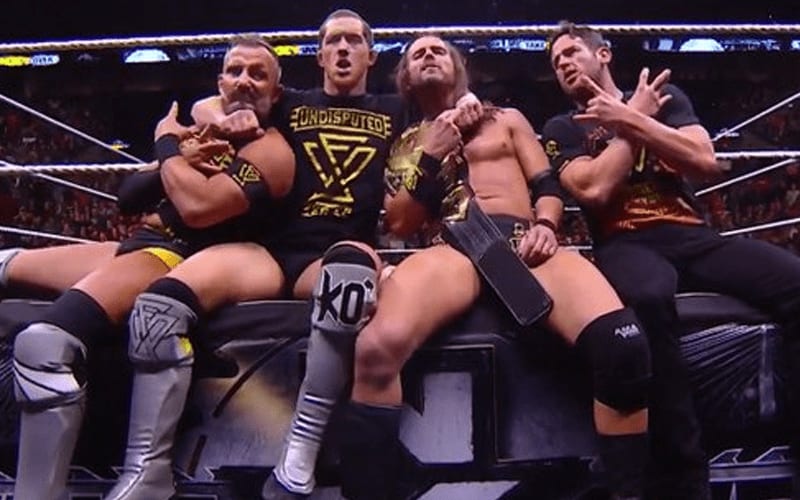 The Undisputed Era have reigned on top of NXT for a long time. Now it seems that one member is going a different direction.

According to PW Insider, Kyle O’Reilly is slated to be a “full-fledged babyface” from this point on. The remaining members of Undisputed Era will not follow that direction. Adam Cole also began to shift toward a babyface role on NXT this week as he defeated Austin Theory.

It will be very interesting to see how this angle ends. The Undisputed Era might be losing a member in the upcoming keeps. At this time Bobby Fish and Roderick Strong are not slated to turn babyface as well.

O’Reilly has a huge match against Finn Balor this Sunday at NXT TakeOver: 31.