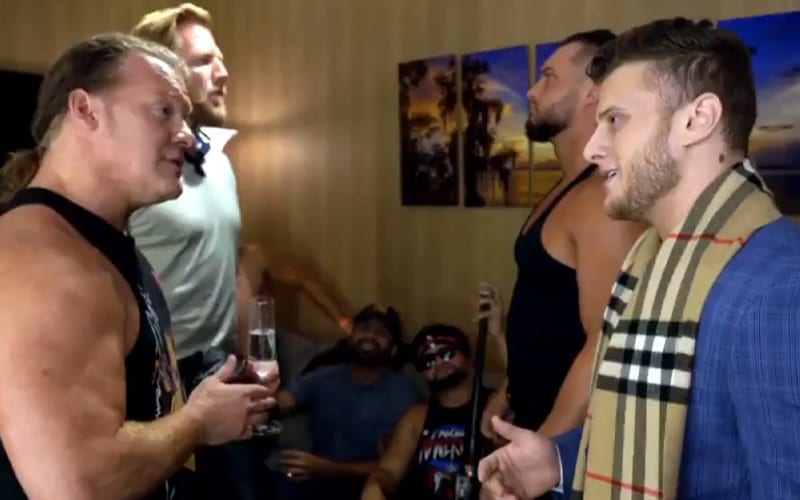 MJF and Chris Jericho have great chemistry, but the two haven’t wrestled yet. They are teasing that the two could align instead.

MJF and Chris Jericho teased joining forces in the past. Jericho actually wanted MJF in the Inner Circle since the beginning, but Tony Khan had other plans. Perhaps a year later they are inching toward making that idea happen.

MJF and Wardlow showed up in the Inner Circle lounge this week. MJF handed out jackets, but he forgot Jake Hager’s. That led to a bit of an uncomfortable situation, but then Jericho asked a very interesting question: “Do you want to join the Inner Circle?”

MJF responded to Jericho’s question with another question: “Do you want me to join the Inner Circle?” They went back and forth, and never landed on a firm decision. It was still quite a tease and we can only imagine that it will lead to something more down the line.

You can check out the clip below to see what they’re doing with this angle.