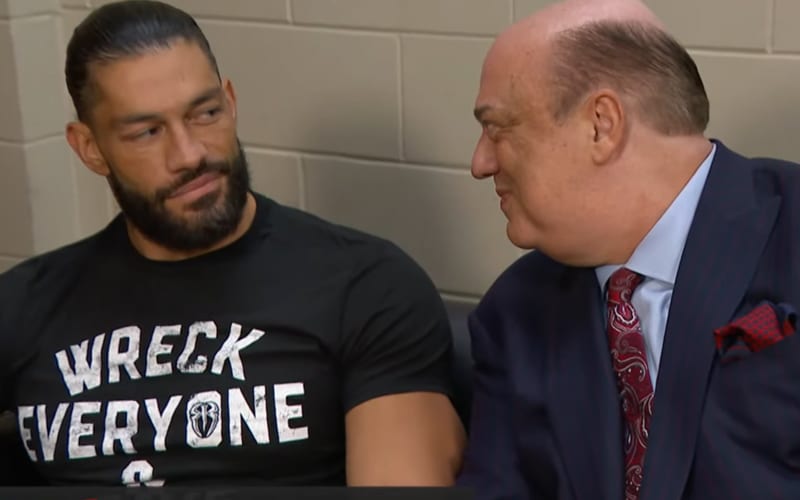 Roman Reigns’ big return at SummerSlam shocked the WWE Universe and a majority of people backstage in the company as well. Now he is Universal Champion and his momentum is only building more as they roll along.

Following Clash Of Champions Gold Rush, Roman Reigns is still holding his title after defeating Jey Uso. The finish of that match was a gripping piece of pro wrestling concocted with influence from Paul Heyman.

The ‘Load Management’ podcast recently spoke with Roman Reigns and he went into his pairing with Paul Heyman in a different way. He said it’s “refreshing” that Paul Heyman isn’t in a position of creative control over the entire writing team any more. Now Heyman only focuses on Roman Reigns’ creative direction. That extra time makes this “power pairing” even more formidable.

“But I do know working with Paul, him kind of being a heel manager throughout his run in that role has definitely helped and it’s really nice to be able to work with him on many different regards. Obviously on-screen is really cool and to be able to flesh this relationship out is gonna be nice but, just to be around him backstage, it’s pretty refreshing and especially now, he’s not in that role of having all of creative to be in charge of. He’s just helping me out with my creative and our direction going forward so, I definitely feel like it’s a bit of power pairing for sure that’s just gonna continue to thrive in the weeks to come.”

Roman Reigns based his character off of Daniel Day-Lewis’ Butcher character from “Gangs Of New York.” That similarity is apparent once you realize how Reigns and Heyman’s relationship has given him an opportunity to show so much more. We’ll have to see what’s next, but they’re off to a great start so far.