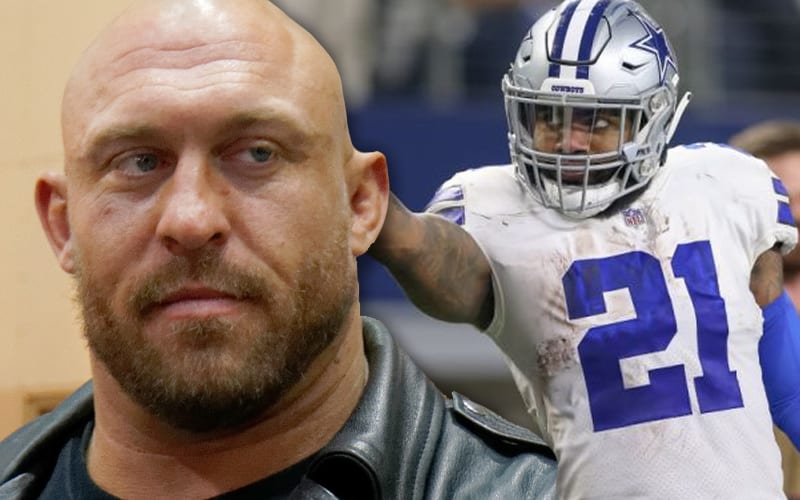 Ryback and WWE’s legal problems are well documented. You can click here to read all about WWE’s latest refusal to let go of Ryback’s name. The Big Guy is considering taking another person to court over jacking his words.

During Ryback TV, he spoke about Dallas Cowboys running back Ezekiel Elliott. The Cowboys player uses the catchphrase “feed me,” and that’s very close to “feed me more.” Ryback is considering seeing if a judge might feel the same way about things.

“It’s far too similar. You’re literally trying to latch onto somebody else’s brand and then take it and make it your own in the same exact thing. It’s like, come on, be a little bit more creative. He’s a wrestling fan. He got it from me – he 100 percent got it from me. I’ve already established it and own it. I think it’s just really, really low.”

“Everything’s documented timeline-wise. I think there’s zero chance in hell he gets it. But for whatever reason, if they have an attorney that’s able to pull strings, then I’ve simply got to oppose it. I’ll tie him up for years, so he better get a good tattoo artist to cover up that shitty tattoo on his stomach.”

Elliott does have a “Feed Me” tattoo on his stomach. You can check out a photo of that tattoo below. That might help his case if Ryback does take him to court.

We’ll keep our eye out for more on Ryback’s seemingly never-ending list of appoints to see his attorney.