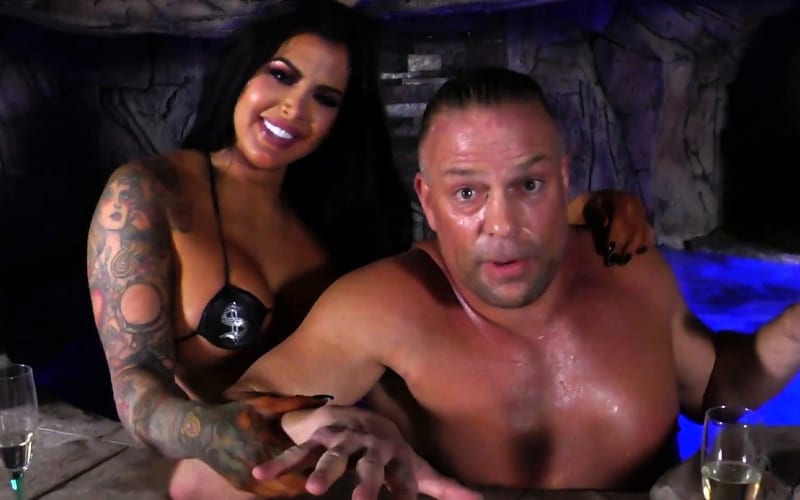 RVD recently revealed that he has some WWE projects in the pipeline. Now he will have even more time to work on those activities. He has now officially departed from Impact Wrestling once again. He didn’t go alone either.

According to PW Insider, Rob Van Dam and Katie Forbes have both left Impact Wrestling. Multiple sources have confirmed this today.

It is reported that the couple’s storyline ended and that was the root of their departure. RVD hadn’t been under an Impact Wrestling contract for “some time” and was working on “a series of short-term agreements.” The most recent feud RVD was involved in dealt with Sami Callihan.

RVD recently spoke about how he hasn’t gotten too emotionally invested in Impact Wrestling’s storylines. He didn’t mind sitting in the back and not wrestling every night either.

The door is open for their return to the company is “the constellations properly align.”