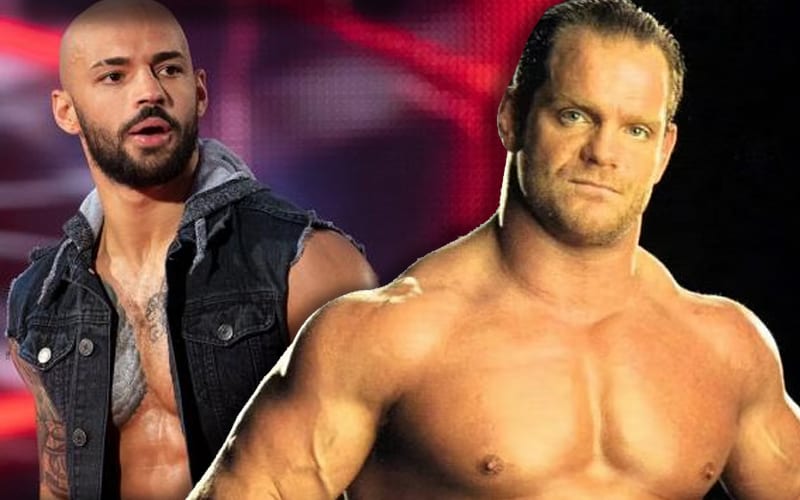 Ricochet is the One And Only, and although WWE doesn’t push him as much as some fans would like, he still possesses a ton of abilities. The former NXT North American Champion is also known for giving his all every time he’s in the squared circle.

While Konnan spoke to The Push podcast, he brought up Ricochet. Konnan had a chance to watch Ricochet closely prior to him entering WWE. He knows that Ricochet has incredible talents. He then made a very interesting comparison to Chris Benoit as both left it all in the ring every time.

“Another guy is a guy like Ricochet. He is someone that you should watch because it doesn’t matter where he’s at on the card… every single time he goes in the ring it is 100% authentically the best of the best. He is the real f*cking deal. He will give you the best every single time. That’s what Chris Benoit used to do.”

“A lot of people don’t like to talk about Chris Benoit but I’m speaking about him because before things went wrong in his life that was Chris’ reputation, the same with King Haku or the Dynamite Kid. If those guys were in the ring then you were getting a beating and you were getting entertained because there was nothing else. They believed it, they lived it and they gave that. So in order to become an iconic figure in this business, you need to do that… you have to give the fans what they paid for.”

Chris Benoit isn’t the first person a lot of people would want to be compared to. He was a fantastic wrestler and one of the best in the world during his life. Konnan comparing Ricochet to Benoit had nothing to do with the terrible circumstances surrounding The Crippler’s death, but it was high praise to be compared to his in-ring work ethic.