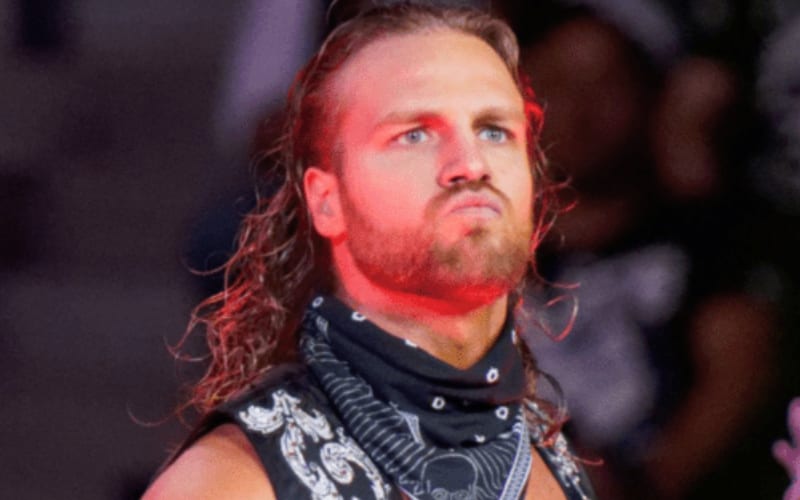 Hangman Page and Chris Jericho were in a match to determine the very first AEW World Champion. Jericho won that match and became Le Champion with A Little Bit Of The Bubbly. Adam Page doesn’t feel like he deserved to be there in the first place.

While speaking to Wrestling Inc, Page revealed his actual feelings toward competing for AEW’s biggest title. He only had to win a battle royal which he entered last, but Jericho needed to beat Kenny Omega.

In the end, their paths to the AEW World Title “didn’t feel equal” for Page. He didn’t feel like he earned it, but the story is far from over for him.

“I think about how we got to the first ever title match, and Chris Jericho got there by beating the best wrestler in the world at the time and I might say now as well, Kenny Omega. And I got there by getting to enter into a battle royal dead last and eliminating a lot of people who were largely kind of unknown, under known [or] under successful, maybe.”

“So even our paths to the title match didn’t feel equal. I never felt like I earned it, maybe, in the same way that Chris Jericho did, and then getting to be in that title match, obviously, is huge opportunity. And it’s one that I blew, so here we are.”

Adam Page and Kenny Omega had a good run as AEW World Tag Team Champions. Now they are both singles competitors again.

We’ll have to see if Hangman Page gets another AEW World Title shot down the line. Odds are he will make sure it feels earned next time around.