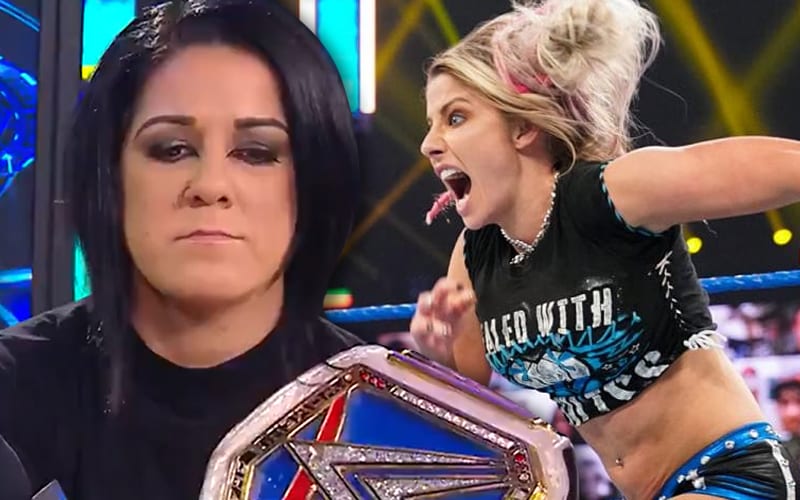 Alexa Bliss and Bray Wyatt’s Fiend are going through a very interesting situation. It seems that the mere mention of The Fiend will drive Bliss into a possessed state.

Bayley recently addressed Bliss’ situation during Talking Smack. She said that Bliss is in full control of her actions, even when under The Fiend’s spell. Bliss obviously disagrees.

Little Miss Bliss fired back at Bayley as she called out the SmackDown Women’s Champion’s “repetitive Karen attitude.”

I guess I’m “in control in my actions” … Bayley is also in control over her really annoying repetitive “Karen” attitude… so here we are. #WeveHeardThisAlready

Alexa Bliss stared a hole through Roman Reigns for a reason. She might have her eyes set on Bayley eventually. It would make sense considering that fact that Bayley seems to love talking about Bliss so much.