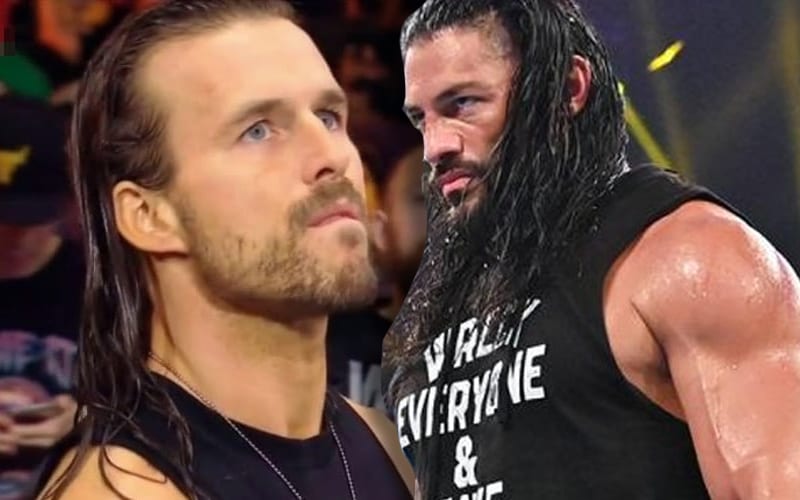 Roman Reigns is back in WWE and he is the Universal Champion once again. There are plenty of challengers who could step up to the Tribal Chief, and some could be from NXT.

WWE’s black and gold brand is boiling over with talented Superstars. Some are ready for the main roster at this point and simply waiting for their big opportunity. Roman Reigns has obviously been paying attention to WWE’s Wednesday night show.

Roman Reigns recently took part in a Q&A with Mania Club. He was asked if anyone in NXT has his eye. It didn’t take him long to pick a dream opponent from the NXT brand that could help him light up the squared circle.

“I’d like to maybe tangle with Adam Cole, I think that would be neat. I think we would get some really good reaction.

Adam Cole just wrapped up a historic run as NXT Champion, and it seems that NXT is holding him off for his next big angle. He took on Pat McAfee, but there isn’t a spot for him on the next October 4th TakeOver event so far.

Plenty of WWE fans have thrown out wishes that Adam Cole will receive his main roster call-up soon. Roman Reigns might be ready and willing to put Mr. Bay-Bay to the test as soon as WWE decides to pull the trigger on his call-up.