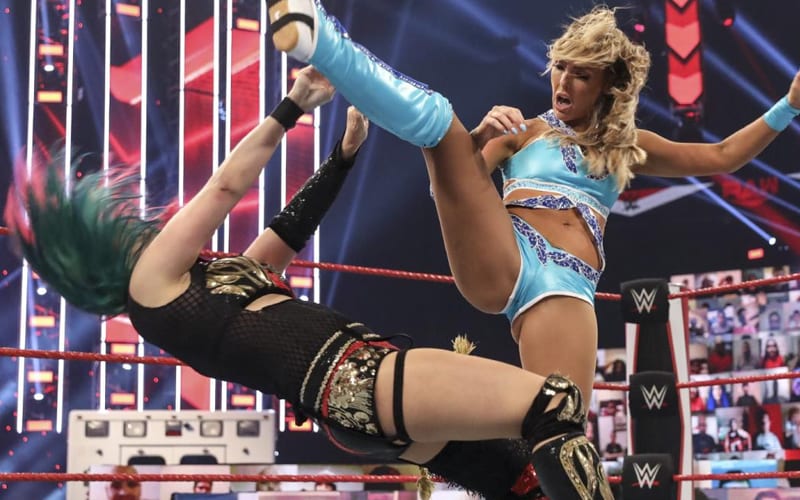 WWE split up the IIconics following reports that Vince McMahon sees Peyton Royce as a singles star. It appears the spotlight is only going to grow for the Australian Superstar.

The IIconics split was sudden for a lot of fans as Vince McMahon made the decision to separate them without promoting it at all. Now fans are waiting to see what the company has in store for both of them.

Wrestle Talk reports that Vince McMahon isn’t the only one behind Peyton Royce’s push in the company. She has reportedly also impressed fellow members of the WWE roster with her work ethic and drive.

Wrestlers within WWE have told us that Peyton has clearly been working hard on her in-ring work recently, and this has led to many backstage within the company becoming increasingly impressed with her work and attitude.

Royce’s hard work and dedication to succeed also drove her to capture trophies during her first fitness competition recently.

Peyton Royce was given new entrance music and a new attitude. She seems to be friendly with Billie Kay in the storyline, but something has certainly changed in the dynamic between the two of them. This is just the start of her push so we’ll have to see where it leads.