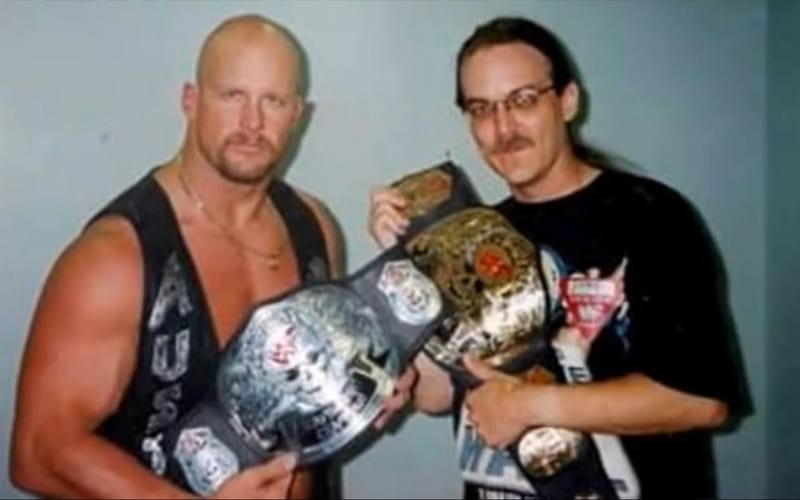 “Stone Cold” Steve Austin’s glass breaking entrance wasn’t the only thing he was known for. That Smoking Skull WWE Title belt he carried around was also a signature to his look. The belt everyone knows is gold, but there were actually two made at first. Fans never saw the silver one.

Steve Austin didn’t like the eagle WWE Title belt design. The story is that it poked him in the neck when he gave Vince McMahon that famous first Stone Cold Stunner, and he wanted it changed. They made the Smoking Skull Belt after that.

It was said that Animal and Hawk were in the locker room and they told Steve Austin that “you’re so badass you need your own title.” Austin thought that sounded like a good idea and Vince McMahon obviously signed off on it. Belt maker Joe Marshall better known as JMar made the title.

Two belts were made at first, a silver and gold design. Austin kept the silver version for himself, and he used the gold one on television. It is also interesting to note that neither of the real belts had the snakes on the title painted. The replicas WWE sells do have the snakes painted. They are currently selling replicas of the gold Smoking Skull Belt on the WWE Shop, but not the silver design.

You can check out a video by Stephen Hammer below where he gives more history. He also shows off his own replica version of the silver Smoking Skull Belt.