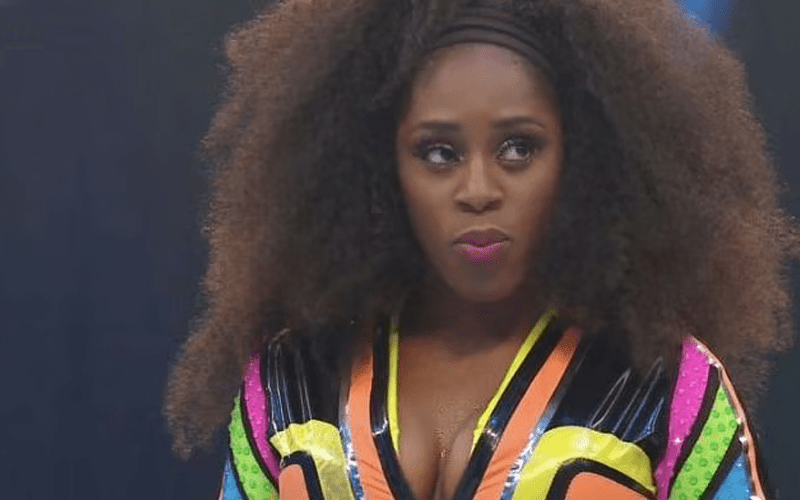 WWE fans were not happy about how the company was treating Naomi, so they let them know about it. #NaomiDeservesBetter broke out online and the company noticed, but did they do anything about it?

While speaking with Talk Sport, Naomi revealed if WWE said anything to her about the new hashtag devoted to her deserving better. She admitted that WWE did talk to her about it, and then she diverted the focus to speak about how she’s happy to be in WWE, and how the times are always changing.

Yeah, but it’s difficult as well because of the times we’re in. The show is constantly changing and evolving, there’s just so much going on so I don’t know what the solutions are. All I can do is keep doing my part, keep showing up and giving it my all. Ignoring the haters and continuing to do what I love. I’m happy to still be here, be present and be a player. It’s not something I take for granted, especially after the big releases we had this year. Although what we do is very stressful at times, it’s something I remind myself to be grateful and thankful for. That I’m still able to wake up every day, have a job to go to and not just any job – but a dream job. We’re going to look at this pandemic era years, maybe decades down the road and be like ‘damn, that was crazy!’”

A lot of fans believe that Naomi deserves better, so hopefully, those times will change for the better soon enough. We’ll have to see what’s next for Naomi in WWE. One would assume the ThunderDome would be a perfect place to really show off her entrance as much as possible.