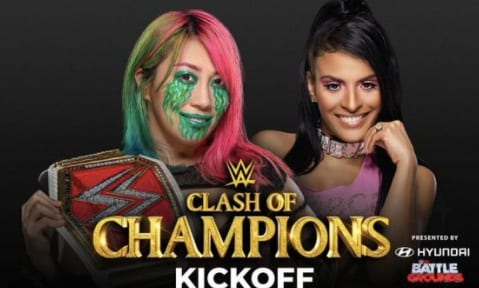 As seen on Sky Bet, the betting odds for Asuka vs Zelina Vega at WWE Clash of Champions have been released.

Asuka has been setting the standard at the top of the women’s division for quite some time now, and at Clash of Champions, she’ll face an entirely different challenge when she defends the RAW Women’s Championship against Zelina Vega.

It seems like a David vs Goliath kind of contest, but you can never rule anything out in WWE.

In terms of the odds, the Empress of Tomorrow is the overwhelming 1/10 favorite to walk away with the win and her title – whereas Vega is a distant 11/2 underdog. WWE could make some rich bettors if they gamble on Vega and she pulls out the win.

While it does feel like Asuka is destined to keep hold of the belt, many fans are simply hoping that Vega is able to prove she can hold her own in the squared circle.